Yeh Saali Aashiqui is an upcoming Indian Hindi-Thriller movie. Starring Cherag Ruparel, Vardan Puri and Shivaleeka Oberoi. This movie was direct by Chirag Ruparel and Produced by Dr.jayantilal Gada and Amrish Puri. The movie is gonna release in the Hindi language. The leading role is done by Vardan Puri and Shivaleeka Oberoi. The movie gonna like Romantic-Thriller movie.

This movie Cinematographed by Pratik Shah and edited by Anirban Dutta.

Sound Track album of this movie is produced by Hitesh Modak and lyrics were written by Tanveer Ghazi.

Yeh Saali Aashiqui is gonna hit the screen on 22nd November. The movie is full of romance get ready with your partners to share the fantastic Romance 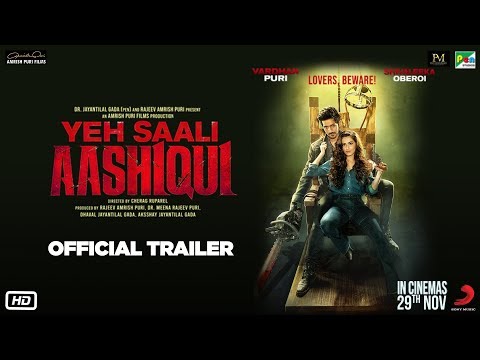